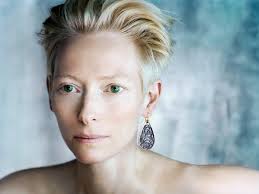 The famous creativity researcher Ellis Paul Torrance published a paper in 1963 showing that creative boys possess more feminine characteristics than their peers, and creative girls are perceived as more masculine than other girls. Torrance said “creativity, by its very nature, requires both sensitivity and independence.”

Helson (1967) found that the more creative the female mathematician, the more she displayed a combination of the following traits: “individualism, originality, concentration, artistry, complexity, courage, emotion, fascination, and self-orientation.” Clearly a mix of both traditionally “masculine” and traditionally “feminine” traits.

More recently, Jonsson and Carlsson (2001) found that participants high in both feminity and masculinity (androgynous) and low on both scales (undifferentiated) scored higher on a measure of creativity than stereotypically female and stereotypically male participants. Interestingly, and similar to the Harrington and Anderson study, they found that men alone accounted for this interaction. In other words, increased masculinity in creative women was weaker than increased femininity in men.

“woman-manly or man-womanly… Some collaboration has to take place in the mind between the woman and the man before the art of creation can be accomplished. Some marriage of opposites has to be consummated.”