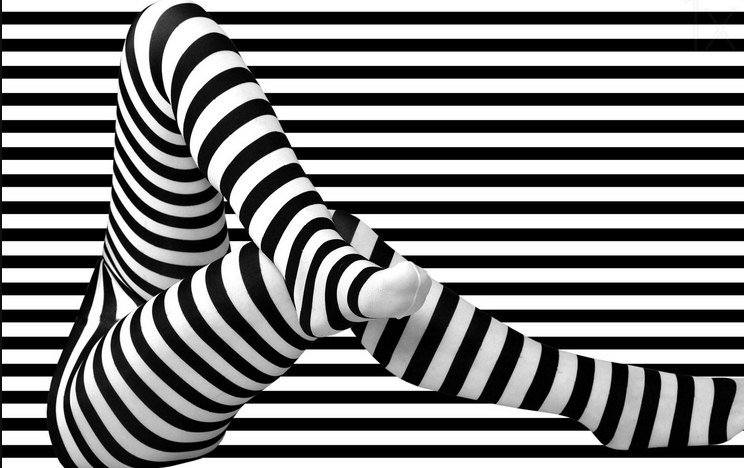 1. Creative people have a great deal of physical energy, but they’re also often quiet and at rest. They work long hours, with great concentration, while projecting an aura of freshness and enthusiasm. (…) This does not mean that creative people are hyperactive, always “on.” In fact, they rest often and sleep a lot. The important thing is that they control their energy; it’s not ruled by the calendar, the dock, an external schedule. When necessary, they can focus it like a laser beam; when not, creative types immediately recharge their batteries.

2. One manifestation of energy is sexuality. Creative people are paradoxical in this respect also. They seem to have quite a strong dose of eros, or generalized libidinal energy, which some express directly into sexuality. At the same time, a certain spartan celibacy is also a part of their makeup; continence tends to accompany superior achievement. Without eros, it would be difficult to take life on with vigor; without restraint, the energy could easily dissipate.

3. Creative people tend to be smart yet naive at the same time. (…) Another way of expressing this dialectic is the contrasting poles of wisdom and childishness. As Howard Gardner remarked in his study of the major creative geniuses of this century, a certain immaturity, both emotional and mental, can go hand in hand with deepest insights. Mozart comes immediately to mind.

4. Creative people combine playfulness and discipline, or responsibility and irresponsibility. There is no question that a playfully light attitude is typical of creative individuals. But this playfulness doesn’t go very far without its antithesis, a quality of doggedness, endurance, perseverance.

Nina Holton, whose playfully wild germs of ideas are the genesis of her sculpture, is very firm about the importance of hard work: “Tell anybody you’re a sculptor and they’ll say, ‘Oh, how exciting, how wonderful.’ And I tend to say, ‘What’s so wonderful?’ It’s like being a mason, or a carpenter, half the time. But they don’t wish to hear that because they really only imagine the first part, the exciting part. But, as Khrushchev once said, that doesn’t fry pancakes, you see. That germ of an idea does not make a sculpture which stands up. It just sits there. So the next stage is the hard work. Can you really translate it into a piece of sculpture?”

5. Creative people alternate between imagination and fantasy, and a rooted sense of reality. Great art and great science involve a leap of imagination into a world that is different from the present.

6. Creative people tend to be both extroverted and introverted. We’re usually one or the other, either preferring to be in the thick of crowds or sitting on the sidelines and observing the passing show. In fact, in psychological research, extroversion and introversion are considered the most stable personality traits that differentiate people from each other and that can be reliably measured. Creative individuals, on the other hand, seem to exhibit both traits simultaneously.

7. Creative people are humble and proud at the same time. It is remarkable to meet a famous person who you expect to be arrogant or supercilious, only to encounter self-deprecation and shyness instead. Yet there are good reasons why this should be so. These individuals are well aware that they stand, in Newton’s words, “on the shoulders of giants.” (…) And they’re usually so focused on future projects and current challenges that past accomplishments, no matter how outstanding, are no longer very interesting to them. At the same time, they know that in comparison with others, they have accomplished a great deal. And this knowledge provides a sense of security, even pride.

9. Most creative people are very passionate about their work, yet they can be extremely objective about it as well. Without the passion, we soon lose interest in a difficult task. Yet without being objective about it, our work is not very good and lacks credibility.

10. Creative people’s openness and sensitivity often exposes them to suffering and pain, yet also to a great deal of enjoyment. Most would agree with Rabinow’s words: “Inventors have a low threshold of pain. Things bother them.” A badly designed machine causes pain to an inventive engineer, just as the creative writer is hurt when reading bad prose.