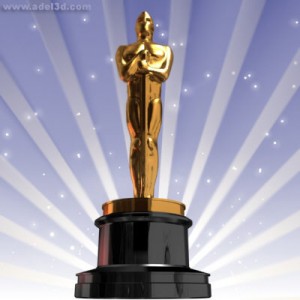 “I hadn’t planned to listen live to the announcements, but when I got into the car this morning to go to work, the driver had the nominations streaming as they were being broadcast. To be honest, it’s very exciting but all a bit surreal, and it hasn’t fully sunk in yet. This is a brilliant awards year that has been defined by an eclectic list of stories that have been told by incredibly talented and courageous filmmakers, and it’s an honor to be mentioned in the same sentence as the other nominees in the best actor category. Having hosted the show, I have seen so many different sides of the Oscars, but to be an actual nominee is something I never would have dreamed possible.”

“‘Flight’ was one of the most challenging roles I’ve ever had in my career, and it was an honor to be directed by Robert Zemeckis. It’s always nice to be asked back to the show, and it will be fun to share the evening with our nominated screenwriter John Gatins.”

“I am, of course, very excited about the nomination this morning. Ben Affleck is an amazing director, and I am so happy that ‘Argo’ was recognized in seven categories!”

“I arrived here from Australia just yesterday and this was the last thing I expected. I turned on TV this morning – I couldn’t sleep from being jet-lagged – and couldn’t believe it and said something very unprintable to myself! I think the film is very identifiable even if you don’t have those exact problems. We know people, we are related people as neighbors who have them. There are issues we can all identify with — broken hearts, mental illness, sports as religion. I was recently interviewed by a British journalist, and he wanted to talk about the mental illness in the movie and. I wondered to him, ‘This film is very American. Do you think Brits and Australians are going to get it?’ He said, ‘Oh my God, yes. The themes are universal.’ I’m so proud of this movie.”

“I am truly happy, touched, and honored to receive, today in New York, a nomination for the role of Anne in Amour by Michael Haneke. For me, it is an immense gift, at this stage of my life, to be chosen by my sisters and brothers, for what I do as an actress. I never thought, while working throughout the years in Europe and France, that one day, i would cross the Atlantic Ocean, come to the United States, and be nominated. It is quite surreal for me. Shooting Amour with Michael Haneke was a complete joy for me, as I felt an absolute trust in him and we were in complete synch. Michael is the very music of his own film.” –

“I was deeply deeply asleep when the news came in this morning and the dog was the first one to get celebratory love from me and my boyfriend! I’m really really happy and feel this is a good sign that people like the spirit this character embodies. This film is definitely counter-programming to a lot of the pain and harshness in the world. It’s too bad that John [Hawkes] wasn’t recognized, but that doesn’t take away from the brilliance of his performance one bit.”

“I am very pleased that the Academy has chosen to honor the many individuals who were a part of ‘Silver Linings Playbook.'” –

“This was a complete surprise. For the other announcements this season I was in NYC, no problem… I had a proper full night of sleep. There’s something about this one, being in L.A., that creates a lot of angst! I had interruptions of sleep all night because of the kids, as if I wasn’t restless enough, and each time I woke up I kept thinking, “It’s not going to happen.’ BAFTA didn’t give us love this week, and I thought they were making the Oscar announcements at 5 a.m. so at ten after, I thought, ‘They would have called by now right?’ But my publicist texted and said, ‘They haven’t made the announcements yet!’ I was super lucky too that my name was mentioned first. Usually I’m at the end of lists. Overall, it’s very thrilling, especially in a year with so many incredible performances.”

Best Supporting Actress, Anne Hathaway
“It’s a wonderful morning. I’m still jet-lagged on Europe time because I spent the holidays there, so I’ve been up for a few hours already unsuccessfully trying to fall back asleep. It’s such an honor to be a part of a piece of work that has spread so much love throughout the world. I worked with a fearless cast and was so inspired by them every day. I sent Hugh [Jackman] an email. It’s also a bittersweet morning for all of us because [Tom Hooper]’s our captain, and there’s no way I’m on the phone with you right now without his influence in my life. He’s really happy for us, which is a great feeling.” —

Best Actress, Jennifer Lawrence
“I thought I would wake up, but I didn’t. My parents spent the night at my house, and they came in and kissed me on the forehead and told me about all the nominations for Silver Linings.”

Tim Burton – Best Animated Feature, ‘Frankenweenie’
“Frankenweenie is a very personal film for me. The idea of telling a feature length version was in the back of my mind for many years. Stop Motion was the perfect medium for this project, and one I’ve always loved for its expressiveness and dimensionality. I’ve worked with so many incredible artists: animators, cast members, set builders, and puppet makers, all who have helped bring this film to life one frame at a time. I’m so honored that the Academy has recognized this film as one of its nominees.”

Best Director, Michael Haneke
“I am very happy and gratified by the Oscar nominations that “Amour” has received today, and that the voting members of the Academy have taken the film so strongly to their hearts. It is fulfilling to discover that a film has found the audience and critical acclaim that “Amour” has garnered. I have been very fortunate on both those fronts, but it is especially rewarding to discover that a film has found favor among one’s industry peers who know, in particular, the effort that goes into getting a film – any film – made. I am also especially happy for all the people who made “Amour” with me. It is a joyous occasion for us all. Many thanks.” –

“I am deeply honored and frankly a little overwhelmed by all of the nominations that ‘Life of Pi’ has received this morning. So many talented people gave everything they had to this film, both in front of and behind the camera, and to see all of them receive this kind of recognition is something I am incredibly grateful for.”

Best Director, David O. Russell
“I’m beyond grateful, since I didn’t know what to expect. I’m especially over the moon for my actors. The fact that Bob (Robert De Niro) and Jacki Weaver were nominated is amazing.”

“The director of the film I’m currently working on just texted me. We had a $100 bet that I wouldn’t get nominated, but he texted me that he’s $100 richer! I’m over the moon!” 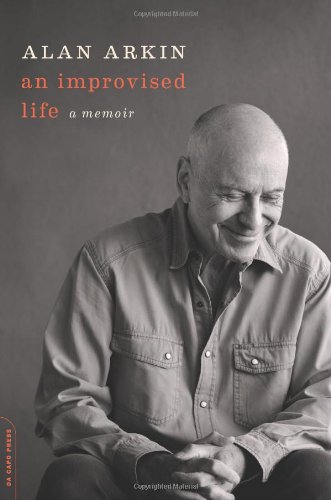 “the actor who won the academy award was trying to impress me. (…) in spite of all the atention he received, the audiences had not been given a genuine experience. they were applauding their own intelligence at recognizing the actor’s tehnical prowess.(…)

on the other hand, the second actor presented me with the gift of a whole person, fully articulated and realized, un-self-conscious and completely filled with his own joy at doing the work.” 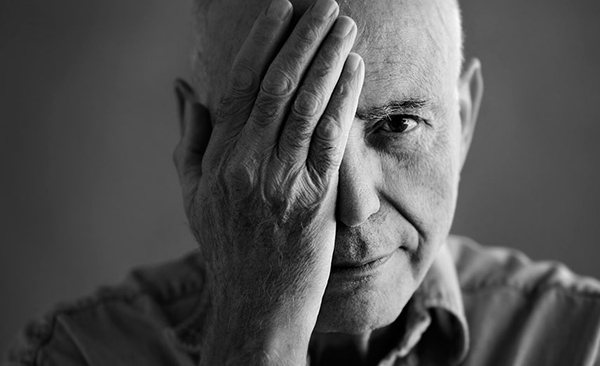 ***
Arkin isi incheie povestirea in felul urmator: “We don’t want to do it; We want to be it. Only we don’t know it. No one tells us.”