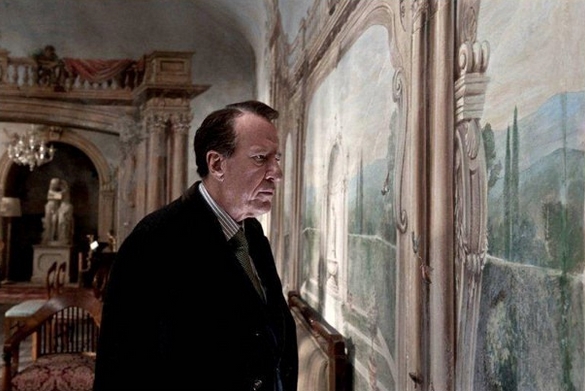 I take inspiration from hundreds of things. Among these there was one idea that I had when I first began working in Rome. It was the story of an agoraphobic girl but I had never used it because it never seemed quite mature as an idea.

Seven or eight years ago, I wrote down a note for a character that was based on an auctioneer, but I could never find the right context for him and I wasn’t able to develop it further. One day when I was organising my notes and ideas, these two notes came together next to each other and I realised they had a kind of inherent attraction. That’s how the new narrative came about. It was different and went beyond either of the original stories, but they somehow fed off each other. I had it read and I soon got a ‘yes’ to produce the film.

Well… the best offer, at an auction, is the highest price you are willing to pay to have an object. In the transaction, however, the lowest price is what the seller is prepared to accept to close the deal. In love, what are we willing to do? Apart from the protagonist’s actions, the point is that he learns to love totally and unconditionally. He comes to depend on that.