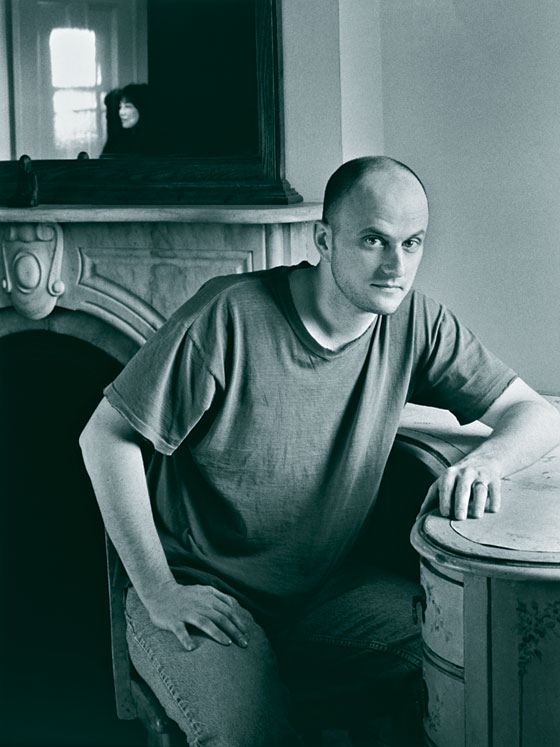 When Jeffrey Eugenides moved to New York, he was 28 years old and things were not looking good. After graduating from Brown in 1983, he and Rick Moody, a college friend, had driven out to San Francisco with no real plan other than making a go of it as writers, and lived together awhile on Haight Street, listening to the sound of the electric typewriter coming from the other room. Eugenides stayed in the city for five years and didn’t publish a thing. He calls these “the lost years” now. “My life just didn’t seem to go forward.” In 1988, Eugenides moved into a cheap place with roommates on St. Johns Place in pre-gentrified Prospect Heights, Brooklyn, when muggers freely worked the area. A $75 payout on a scratch-off lotto card was a bright spot of that summer. Eugenides would look out over the darkening rooftops at the Manhattan skyline and think, How can my writing take me from here to there?

That same summer, Jonathan Franzen, also 28, was living in Jackson Heights, Queens, and feeling “totally, totally isolated.” The neighborhood was an immigrant jumble, and Franzen was a solemn, intellectual guy from St. Louis without much occasion to leave the house. He had gotten some attention and money for his debut novel, The Twenty-Seventh City, but the axis of the planet had not obediently shifted. He was frustrated with living in “shared monastic seclusion” with his then-wife, he says, when he got a fan letter from a writer he knew of but had never read. David Foster Wallace, then 26, was having dire troubles of his own and wrote to praise what Franzen had done in a “freaking first novel.” It was the first time Franzen had ever heard from a peer, he says. “And I was desperate for friends.”

Gradually, he found some: first Wallace, then William T. Vollmann, David Means. Through Wallace, who also knew Vollmann, he met Mary Karr and Mark Costello. Later Franzen would connect with Eugenides, Moody, and their other college friend Donald Antrim.