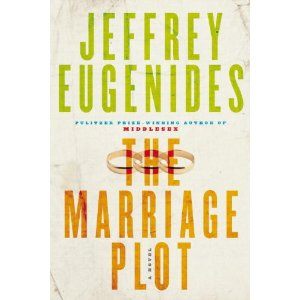 It was debatable whether or not Madeleine had fallen in love with Leonard the first moment she’d seen him. She hadn’t even known him then, and so what she’d felt was only sexual attraction, not love. Even after they’d gone out for coffee, she couldn’t say that what she was feeling was anything more than infatuation. But ever since the night they went back to Leonard’s place after watching “Amarcord” and started fooling around, when Madeleine found that instead of being turned off by physical stuff, as she often was with boys, instead of putting up with that or trying to overlook it, she’d spent the entire night worrying that she was turning Leonard off, worrying that her body wasn’t good enough, or that her breath was bad from the Caesar salad she’d unwisely ordered at dinner; worrying, too, about having suggested they order Martinis because of the way Leonard had sarcastically said, “Sure. Martinis. Let’s pretend we’re Salinger characters”; after having had, as a consequence of all this anxiety, pretty much no sexual pleasure, despite the perfectly respectable session they’d put together, and after Leonard (like every guy) had immediately fallen asleep, leaving her to lie awake stroking his head and vaguely hoping that she wouldn’t get a yeast infection, Madeleine asked herself if the fact that she’d just spent the whole night worrying wasn’t, in fact, a surefire sign that she was falling in love.

Jonathan Safran Foer: It’s been an awfully long time since we last spoke. Four years? And it’s been a long time since the reading world last got new material from you. About seven years? What’s been going on?

JSF: Have you been happy?