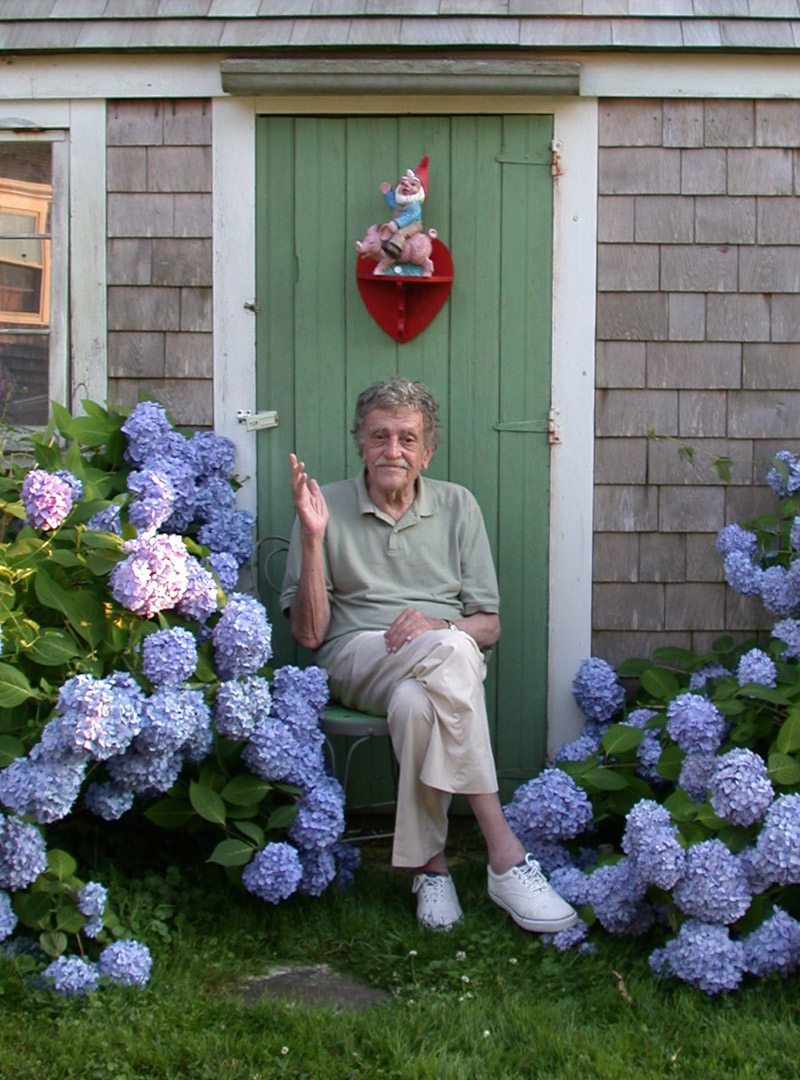 JC: Did Kurt leave any instructions as to how his unreleased work should be handled after his death?

DF: The only instructions were that I should do it. While he was alive, I never did anything without asking him. We always discussed everything in detail. He would say, well Don, what do you think? I’d tell him what I thought and he’d say, well then do it. I’d like to think he was pleased with what I did. I have one of the posters that he drew in my office, which says, “for Don, without whom this life would not be possible.”

JC: In Sidney Offit’s foreword to Look At The Birdie, he wrote, “Unpublished is not a word we identify with a Kurt Vonnegut short story. It may well be that these stories didn’t appear in print because for one reason or another they didn’t satisfy Kurt.” Why do you think they went unpublished?

DF: Oh, goodness. I knew Kurt better than anyone in the world, and I would never speculate on what he thought about certain things. I suspect he was too busy writing books to worry about stuff he wrote way back when. He wrote them when short stories were popular. Then books became the thing to write, and the short story magazines, many of them went out of existence. The market disappeared, so then he started writing books.

JC: Do you think he would approve of their publication all these years later?