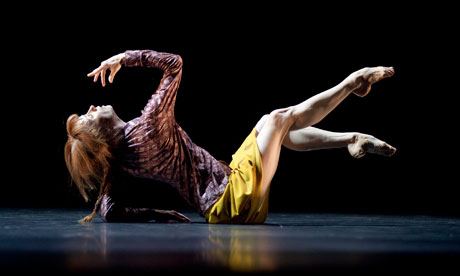 Why do you think society so readily applies the term rebel to people who do their own thing?

It’s a very easy sticker to put on someone. In the field I was involved in when I was young the discipline is so hard and there is a kind of a code, and everything has its role inside the box, but to be able to follow that and to be happy within those constraints – those rules – you need to be driven by your dream. I was never driven by a dream. I was never driven by being a ballerina and that gave me a wider opportunity of choices. The Paris Opera Ballet became an open door for me – it was not an arrival point, it was the departure point. The rules that were ruling that system were not for me – what was important to me was that I was experimenting. I had a strong instinct, and was kind of animal in my reaction when someone was telling me: ‘You have to do that!’ If for me it was not relevant or had no purpose I was like, ‘No. I’m sorry. If you want me to do that only then take someone else because I won’t be happy.’ It was already the start of me making a choice. That’s when I started to have problems because a dancer is usually a quite disciplined person and when you ask her to do something she does it. But I realised very early that I did not have a lot of time and I didn’t want to lose time doing things that didn’t matter to me. That’s why I started to say no to things, and for the classically minded people it’s not the way to do things – so, to them you are a rebel.