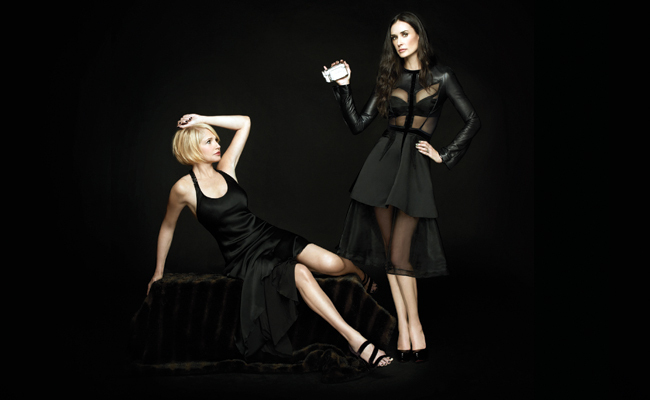 SAM LEVINSON: Mothers in general drive us crazy. As actors who play mothers in this film, and as women who are mothers in real life, do you fear that perception?

ELLE BARKIN: In other words, will our children say we’re driving them crazy? I think inherent in the job of mothering is that you must drive your kids crazy.

DEMI MOORE: And that you’ll make mistakes. As much as you do not ever want to make mistakes, I think inevitably you will do something that has affected your children in a way you never intended.

EB: That’s what was interesting about my role in Another Happy Day—I was actually playing a mother who had all the best intentions and approached things horribly. I actually love that question because I can speak about it personally, but I can also speak about it very specifically in terms of this film. I don’t think any of us have ill intentions concerning our children unless you’re a horrible person. I know in my real life I’ve gotten it wrong, but what do you do? Nobody’s perfect. You apologize, you try to explain your motives, you hope you’re forgiven and that the damage you think you’ve done or might have actually done is not too profound.

DM: What’s interesting in the film is that these two women have some opposition, but the truth is that they’re both seeking the same thing, which is just to be heard and to be appreciated. And if you really look, in a way it is the thread tying everybody together.