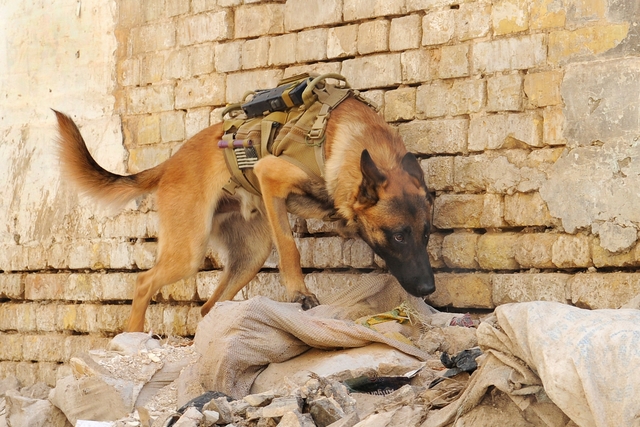 The identities of all 80 members of the American commando team who thundered into Abbottabad, Pakistan, and killed Osama bin Laden are the subject of intense speculation, but perhaps none more so than the only member with four legs.
Little is known about what may be the nation’s most courageous dog. Even its breed is the subject of great interest, although it was most likely a German shepherd or a Belgian Malinois, military sources say.

Suzanne Belger, president of the American Belgian Malinois Club, said she was hoping the dog was one of her breed “and that it did its job and came home safe.” But Laura Gilbert, corresponding secretary for the German Shepherd Dog Club of America, said she was sure the dog was her breed “because we’re the best!”