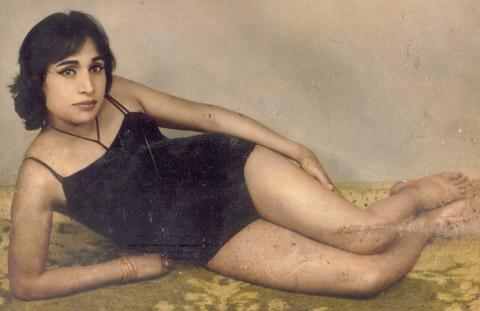 Tempted by the hijras’ promise of a nearly female identity, Mona left home and travelled to Bombay, where she lived with the troupe and prepared for her castration, a procedure known in the hijra community as ‘nirvana’. ‘I didn’t actually need much preparation,’ she told me. ‘I’d already decided. I hated all those male genitalia.’ She used the little money she had, the hijras helped out with the rest. ‘They look after their own,’ she said. Mona’s penis and testicles were removed in a back-room surgery in Belapur, a small village near Bombay. At the time, in the late fifties, sexual reassignment surgery was illegal in India, and unregulated. In Mona’s case the local anaesthetic did not work very well and the pain was agonizing.

‘Afterwards I felt an enormous sense of liberation,’ she says. ‘But at the time all I could think of was the pain.’ Much later, Mona would tell me that although she’d always wanted to be female, she had not been prepared for the finality of castration. ‘Suddenly, I realized that I had crossed the point of no return. There was now no going back.’