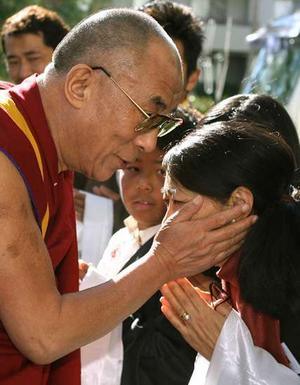 CNN producer note
mugur was traveling in India earlier this year, and chronicling his adventures with his trusty Canon, when he had a chance encounter with the Dalai Lama. ‘I was impressed with Dalai Lama, he is the real thing,’ he said. ‘He talked to me three times, when he entered his car and I was taking one last picture he waved at me like I was somebody important. We connected somehow and I was impressed by his energy and his openness.’
– jmsaba, CNN iReport producer