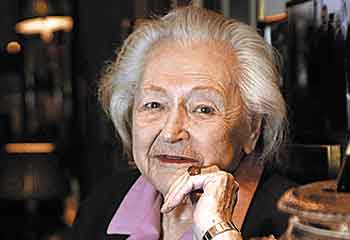 She was referred to as the White Mouse by the Gestapo, which tried and failed to kill her. For Nancy Wake, who died Aug. 7 at 98, proved elusive, using a combination of glamour and grit to become one of World War II’s most decorated spies. The wife of a French millionaire, she worked with the French Resistance and led an army of guerrilla fighters. A deceptively fierce warrior–Wake reportedly never went anywhere without Chanel lipstick–she claimed to have killed a German soldier with her bare hands and received the highest medals for bravery from the U.S., Britain and France.