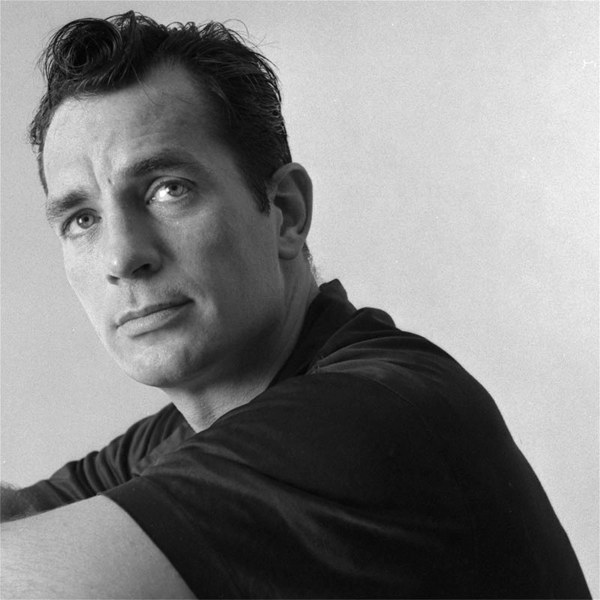 The Kerouacs have no telephone. Ted Berrigan had contacted Kerouac some months earlier and had persuaded him to do the interview. When he felt the time had come for their meeting to take place, he simply showed up at the Kerouacs’s house. Two friends, poets Aram Saroyan and Duncan McNaughton, accompanied him. Kerouac answered his ring; Berrigan quickly told him his name and the visit’s purpose. Kerouac welcomed the poets, but before he could show them in, his wife, a very determined woman, seized him from behind and told the group to leave at once.

“As the evening progressed the atmosphere changed considerably, and Mrs. Kerouac, Stella, proved a gracious and charming hostess. The most amazing thing about Jack Kerouac is his magic voice, which sounds exactly like his works. It is capable of the most astounding and disconcerting changes in no time flat. It dictates everything, including this interview.” What is that state of “Yeatsian semi-trance” which provides the ideal atmosphere for spontaneous writing?

Well, there it is, how can you be in a trance with your mouth yapping away . . . writing at least is a silent meditation even though you’re going a hundred miles an hour. Remember that scene in La Dolce Vita where the old priest is mad because a mob of maniacs has shown up to see the tree where the kids saw the Virgin Mary? He says, “Visions are not available in all this frenetic foolishness and yelling and pushing; visions are only obtainable in silence and meditation.” Thar. Yup.

multumesc mult! you’ve made my day!