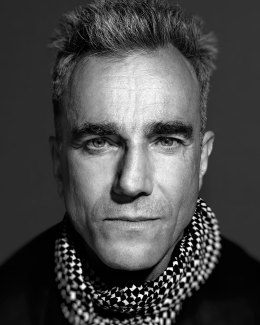 In May of the same year, the director of Lincoln, Steven Spielberg, received a Pearlcorder tape machine in the mail. “I turned it on, and it was Shakespeare and the Second Inaugural in this voice,” Spielberg says. The voice was Lincoln’s. Not the stentorian tone that generations of schoolchildren have inferred from Lincoln’s gloomy portraits, but the one described by contemporary observers: a gentle tenor, reedy and slightly cracked, the accent a frontier blend of Illinois, Indiana and Kentucky. “A beautiful voice. I wanted that voice to read me a book. It came with a letter that said, ‘After you listen to this, would you ring me up and we’ll have a natter?’ I immediately got on the telephone and said, ‘Who is this?’”

This is Daniel Day-Lewis, star of Lincoln (opening Nov. 9), who faced the paradoxical challenge of portraying a man whom everyone and no one knows at once. Lincoln is near enough that we can look at the light that fell upon him—he was the first U.S. President to be photographed extensively—but not so near that we can hear his voice or see his odd, flat-footed walk. He is ubiquitous but unknowable, frozen in marble or granite, flattened into currency. Try making him talk or move and you risk creating “an animatronic character at Epcot Center,” as Spielberg puts it. “That’s exactly what we didn’t want.”

“I like taking a long time over things, and I believe that it’s the time spent away from the work that allows me to do the work itself,” Day-Lewis says. “If you’re lurching from one film set or one theater to the other, I’m not sure what your resources would be as a human being.”